an intro by CEO and Founder, Jeff Hussey

Our CEO and founder, Jeff Hussey, also founded F5 Networks and changed the world. He’s out to do that again. Tempered is his vision of a secure and private connected world. Learn more about it in this video. 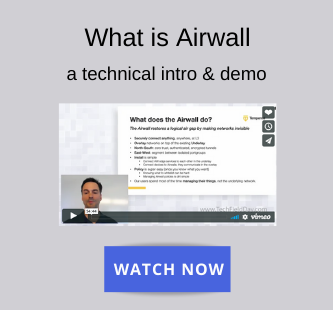 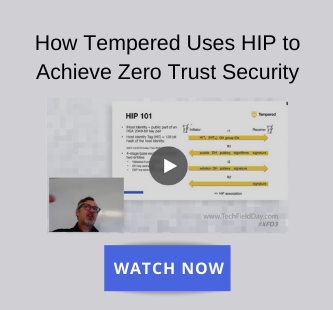 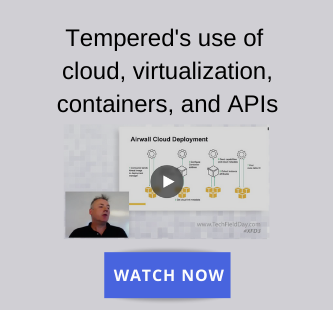 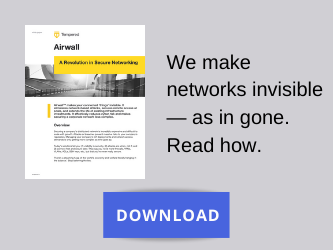 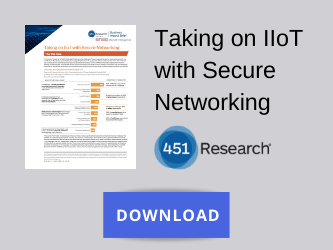 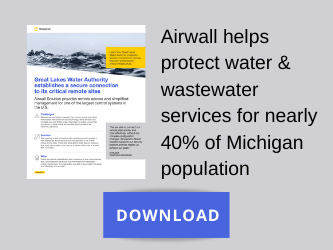 Jeff Hussey: [00:00:08] Good morning or good afternoon or evening ending upon your time zone, like Brian said, I'm Jeff Hussey. You see, I'm the co-founder and CEO Tempered. In a past life, I was also the founder of F5 Networks, a Company may have heard of. I'm really pleased to kick this off. And to tell you a little bit more about our company. I'll just get going because we're here today and we're coming to you from our offices, which is not a place that we've spent a lot of time over the past several weeks because Tempered like so many other companies have been going through our version of digital transformation. The pandemic sweeping the world has forced many, many other businesses through the same experience. And, well, because we use our own technology, it's been relatively seamless for us. It hasn't been the case for many, many others because most of the world's production assets are connected to networks that have historically relied on an air gap, meaning a complete disconnection from either public or other private access to maintain their security posture. But over the past several years, those air gaps have started to disappear or be permeated. Textbook example of that is a study Harvard published last year that concluded 60 percent of the attacks, cyberattacks on public companies in the US found their initial point of entry through building automation systems, systems that many years ago would have been air gapped. That's only getting worse and worse as billions of new devices are being brought on onto networks every year, many of them with public access. And the security infrastructure is just insufficient to meet this demand. So many of these devices remain exposed, unsecure and vulnerable to attack.

Jeff Hussey: [00:02:13] Well, we believe that the demands that are being placed on networking technology. The technology hasn't kept up.

Jeff Hussey: [00:02:28] Last fall, TCP/IP, the accidental backbone of global commerce and communications, celebrated its sixtieth birthday. But at its birth, no one ever thought about what we'd be using it for today. In fact, how connections were made back then would be a researcher at Stanford would phone up his buddy at UCLA and then their computers, which were the size of office buildings through routers the size of refrigerators, would negotiate a session after they place their phones on an analog couple modem. And so, there was no sense of security and there was no sense of mobility. Yet today we carry supercomputers around in our pockets. So, we always need more firewalls, VPNs, VLANs, certs keys and so forth, and we're never really secure. Because vendors are now telling us that you need to have more visibility on your network in order to be secure. But you got to recognize that attacks are when, not if. And that's because the paradigm is connect first and secure later. This is the problem that we set out to fix several years ago, and we're pleased to now be able to talk about it publicly, because we've come up with a much better way to keep connected things secure.

Jeff Hussey: [00:03:59] We call it the Airwall. You can think of the Airwall, like a firewall. Except it's invisible.

Jeff Hussey: [00:04:09] The first part of nearly any network attack is an NMAP scan of the perimeter. And when you NMAP scan a typical device, you're going to get one to many pages of listening ports displayed on the screen. With the Airwall, you NMAP an Airwall, and you get absolutely nothing. Yes, it's there, but you can't see anything. Let me give you an example of that in real life. A local city has been installing air walls in a couple of their departments for the last several years. But another department in the city recently commissioned a new facility, and part of that commissioning process involved a pen test of the network assets within it. The pen testers arrived, and they breached the firewall in less than an hour. And in less than another hour, they had x-filtrated enough data to enable them to print their own RFID badges that gave them unfettered access through physical security and ultimately into the data center, which is the worst-case outcome for that kind of engagement. There were a few red faces and, as those folks at that facility started asking around, they got wind of this Airwall. They phoned us up; one of our technicians went out and installed an Airwall, provisioned access and put the agents on the staff's devices and they called the pen testers back. This time it was a much different outcome. In fact, 45 minutes into the pen test in a fit of frustration, the pen testers called the network admin and said, come on, guys, turn the firewall on. This time they were able to say, well, I guess we passed because it's been on the whole time. They just couldn't find it. So, we really believe that invisibility is the way to get the best security. And with the Airwall, our customers can have defense in depth without expense in depth, because every connection in an Airwall is software defined with a software defined perimeter, Zero Trust, multi-factor authenticated, micro-segmented, encrypted end-to-end, and impervious to lateral movement.